The first Marist parish priest at St Patrick’s was Fr Joseph Monnier, who served as parish priest from 1868 until his death in 1874. Monnier was a Frenchman, as were all the Marist parish priests at St Patrick’s until 1926. Monnier had originally worked as a missionary in Tonga, and came to Sydney in 1864. Monnier’s unsparing work and genuine love of his predominantly Irish parishioners melted their opposition to the transfer of the parish to French priests. He died from angina maligna on 15 September, 1874. When his fellow Marists returned to St Patrick’s presbytery after attending his funeral, they found that his room had been stripped bare by pious devotees in search of relics and souvenirs. 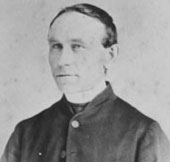 Charles Heuze worked as a priest in the United States, Dublin, and London, before coming to Sydney in 1869. He was assistant priest at St Patrick’s until appointed parish priest in 1874, following Monnier’s death that year. His period at St Patrick’s was characterised by persistent poor health, and he appears to have been a somewhat strict personality, with a preference for patterns which were predictable and fixed. Heuze was present as spiritual director at the foundation meeting of the St Vincent de Paul Society in NSW (held at St Patrick’s on July 24, 1881), and this link is recognised in the stained glass window dedicated to his memory in St Patrick’s church: it features panels depicting St Vincent de Paul (the Society’s patron saint) and Frederick Ozanam, founder of the Society. 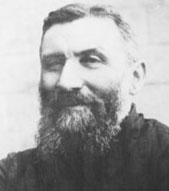 One of St Patrick’s most outstanding parish priests, Le Rennetel was 28 years old when he arrived in 1879 as an assistant priest at St Patrick’s. He became parish priest in 1883, a position he held for the remainder of his life. He came to be highly regarded by the archbishop of Sydney, Cardinal Patrick Moran, who appointed Le Rennetel one of his official consultors. Le Rennetel was also active in developing the parish facilities, constructing a new presbytery (1889), hall (1891) and convent (1893), and acquiring a new church organ (1895). With the assistance of his curates, Augustin Ginisty and Peter Piquet, he enhanced the reputation of St Patrick’s church as a devotional centre and provider of sacramental ministry to Catholics from all over Sydney, with special emphasis on the sacrament of confession. He was much loved by his Irish parishioners, who often called him “Fr O’Rennetel”. In his later years he suffered from disseminated sclerosis and died at St Patrick’s presbytery on 25 July, 1904. Incredible scenes accompanied his funeral as an estimated 40,000 people blocked Sydney’s streets to pay their last respects. 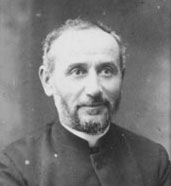 From 1881-1901 he was assistant priest at St Patrick’s. Midway through 1901 he was appointed assistant priest in the Marist parish of Gladstone, in Central Queensland. The following year he returned to Sydney as parish priest of Hunters Hill, and soon afterwards was also made superior of the Marist community at Villa Maria monastery, also at Hunters Hill. In 1904 he became parish priest at St Patrick’s. He was an enigma to his fellow Marists, who generally found him somewhat cool and distant, yet he was always effective and popular wherever he ministered. For over 20 years he formed a formidable pastoral team with Peter Le Rennetel and Peter Piquet before becoming parish priest himself on the death of Le Rennetel. During his term as parish priest he navigated periods of considerable tension with archdiocesan authorities, who excommunicated his curate, Peter Piquet, for a brief period, and placed restrictions on celebrations of marriage and baptism at St Patrick’s. At issue was a perception by some Irish secular clergy that the French Marists at St Patrick’s were too liberal in the confessional, and insufficiently strict in their observance of Church regulations. He died on 8 May, 1912, at St Vincent’s Hospital, Darlinghurst, in Sydney. 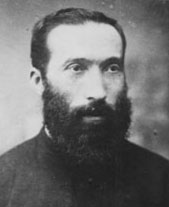 He was appointed to St Patrick’s parish in 1880, beginning a long association there with Peter Le Rennetel and Augustin Ginisty, the trio being dubbed the “French Shamrock”by their doting Irish parishioners. From its inception in Sydney in 1881, Piquet was prominent in the development of the St Vincent de Paul Society, and was its spiritual director for many years. He came to be extraordinarily popular as a confessor, and received constant summonses from dying Catholics who wanted him to help them make their peace with God. A short, intense little man, sporting in later life a well-kept white beard, he was typically seen darting through the streets of Sydney in response to some urgent call. To those who heard him preach, or sought his counsel and encouragement in the confessional, he projected warm humanity, deep sincerity, and a special something which people confidently attributed to familiarity with the ways of God; he was regarded by many Sydney Catholics as a living saint. In 1907 he was suspended and declared excommunicated by the archbishop of Sydney, Cardinal Patrick Moran, for his carelessness in observing Church marriage regulations, and protocols for the administration of other sacraments. Although quickly smoothed over, the incident reflected the unease felt by some Irish clergy at the more liberal pastoral approach adopted by the French Marists, particularly in the confessional. Appointed parish priest in 1912, he soon liquidated the parish debt, and constructed an impressive parish hall (1914-15) and senior boys’ school (1919). He was replaced as parish priest in 1920, partly because of poor health, but mainly because of his tendency to ignore directives from his Marist superiors. He remained on the staff at St Patrick’s as an assistant priest, and after 56 continuous years there, he died at Lewisham Hospital, Sydney, on 10 August, 1936. 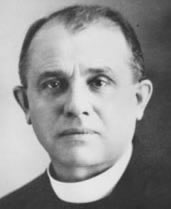 He came to St Patrick’s as an assistant priest in 1914 after a spectacularly successful five years as parish priest at Hunters Hill. In 1920 he replaced the charismatic but elderly Peter Piquet as parish priest at St Patrick’s, and suffered greatly in subsequent years through bearing the brunt of Piquet’s resentment at being moved aside. The end of his term as parish priest in 1926 coincided with a significant organisational shift within the Marist order; administrative responsibility for St Patrick’s was transferred from the South Pacific sector of the order (strongly French in its personnel), and reallocated to the Marist New Zealand Province. Effectively, this ended the period of French Marist domination at St Patrick’s, and the church came to be served firstly by New Zealand, and then finally, Australian, Marists.