A New Zealander, he came to Sydney in 1926 as the first non-French Marist parish priest of St Patrick’s. Innovative and forward looking, during his years at St Patrick’s he developed the pattern which was still continuing there 80 years later: perpetual adoration of the blessed sacrament, Masses throughout the day, and extended hours for confession every day of the year. At the completion of his first term as parish priest (1926-34), he returned to New Zealand and served for 3 years there as Marist Provincial superior. He came back to St Patrick’s in 1938 as Marist Provincial superior for the newly-established Australian Province, a position he held from 1938-47, and which he combined with a second term as parish priest at St Patrick’s from 1939-44. After a period in Rome as a senior Marist administrator from 1947-54, he returned to Australia for a third term as parish priest at St Patrick’s from 1955-63, and continued an association with St Patrick’s as an assistant priest until his death in 1974. A reserved, formal little man with just the hint of a limp, Hurley had an indefinable strength of character which made him at one and the same time appreciated by his parishioners, respected by Marist superiors and bishops, and feared by some of his Marist confreres. He was always courteous and pleasant, a polished speaker and a gifted raconteur.
Hurley was responsible for comissioning the decorative reredos which still stands as a backdrop to the Church’s spectacular polished brass altar.

The second New Zealander to be appointed parish priest of St Patrick’s, Hugh McDonnell was 51 years old when he took up his posting in February, 1935. His previous appointment had been as vice-principal of the Marist Silverstream College, situated near Wellington (NZ). McDonnell’s period as parish priest was destined to be the shortest of any Marist since the Society was given care of the parish in 1868, terminated at his own request in March, 1938. These were not, it would seem, particularly good years for St Patrick’s, characterised by a downturn in the confessional ministry, a development surely connected with the death, in August 1936, of the popular and charismatic Peter Piquet. 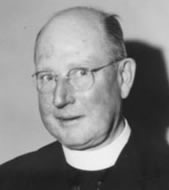 The first Australian Marist to be appointed parish priest at St Patrick’s, Robert Nowlan brought to the task qualities of administrative competence and pastoral dedication. He was a compulsive visitor of parishioners in their homes, and scrupulously maintained an elaborate system of parish census records. He was notoriously nervous in manner and somewhat abrupt, but his sincerity and dedication were transparent, and he was invariably liked wherever he ministered. It was during his term that St Patrick’s was formally consecrated on 3 September, 1946, over 100 years after its opening in 1844.

Even in the latter decades of the 19th century, St Patrick’s was used by Catholics from all over Sydney as a church of preference for baptisms, weddings, and particularly for the sacrament of confession. The French Marists at St Patrick’s developed a reputation for being compassionate and understanding confessors, and in the 1890s it was common prior to major feast days on the Church calendar for 4 priests to be hearing confessions continuously in the church from mid-afternoon until midnight.

In the 19th century St Patrick’s church served a large inner city residential population, but this began changing from the early years of the 20th century. The development of a central business district saw residential properties give way to warehouses and offices. After 1901 there was a drastic redevelopment of The Rocks area occasioned by the outbreak of bubonic plague, and a corresponding decrease of housing properties. Of particular significance was the resumption of large areas of The Rocks in connection with the construction of the Sydney Harbour Bridge. Year by year St Patrick’s parish lost large numbers of resident parishioners, and questions were raised about its long-term viability.