Children of Mary recite a pledge before the statue of Our Lady of Fatima, early 1950s

It was Fr Daniel Hurley, parish priest from 1926-34, who visioned a new future for St Patrick’s. Building on St Patrick’s popularity with Catholics from all over Sydney, and its central location in the city, Hurley turned St Patrick’s into a city shrine-church, offering opportunities for private prayer before the blessed sacrament, provision of Masses during the day, and availability of priests in the church throughout the day for hearing confessions.

By the mid-1950s, St Patrick’s was offering 8 Sunday Masses, and continuous confessions on Sundays from 6am until 9pm. By the beginning of the 1970s there were 12 Sunday Masses, six on weekdays, and confessions “all day, every day”. On holy days of obligation, Masses were celebrated continuously on the hour from 7am until 8pm, with busy periods seeing 3 Masses being celebrated simultaneously: in the church, the crypt, and in the parish hall.

In 1956 a Dutch Marist who had been in the Solomon Islands missions joined the St Patrick’s staff. Fr Aloysius Van Houte arrived unobtrusively, but people soon showed their appreciation. Most parishes offer one or two hours of confessions a week. Fr Van averaged about four hours a day, six days a week. When he walked towards his confessional, two, three, or four rows of people were likely to be waiting. He was a much loved and popular confessor, ever ready to emphasise God’s mercy and the possibility of a new beginning. He remained forward thinking and open despite his advancing years, and was unfazed by the many changes and developments following the Second Vatican Council. One of his colleagues estimated that Fr Van had heard well over a million confessions by the time he died at Sydney Hospital on 20 March, 1990.

St Patrick’s continues to be the busiest Catholic church in Australia, with 6 Masses on weekdays, 12 Masses on Sundays, and almost 50 hours of rostered priest time in the church each week for confessions. It is extremely popular for weddings and baptisms. A Marist religious community of six priests currently services the church.

In 1999 St Patrick’s closed its doors for six months for major restoration work. The result is stunning. The interior has been sympathetically and painstakingly restored, using the best of modern craftsmanship, to highlight the superb features of the church interior, and to make the church more suitable for modern liturgy. Without doubt, St Pat’s has never looked so good.

A new pipe organ was commissioned and built to coincide with the church restoration. It replaces the original Gray and Davidson organ (from London, 1849), and a later Charles Anneessens instrument (from Belgium, 1895). The new organ was built in 2002 in the workshops of Fratelli Ruffati of Padua, for installation in the church in 2003.

St Patrick’s is indeed a church with a rich and proud history: the interior calls one back to a different era and to another age; its calm, prayerful atmosphere is an extraordinary contrast to the busy city all round. But for all its historical associations, St Patrick’s is very much a church of the present and the future; in its 165th year, St Patrick’s continues to thrive in the centre of Australia’s largest city. 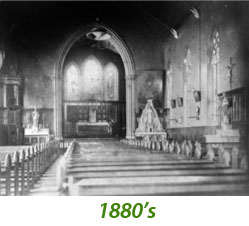 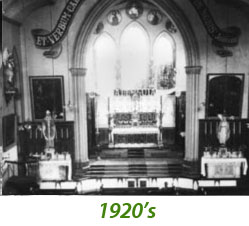 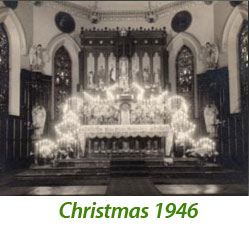 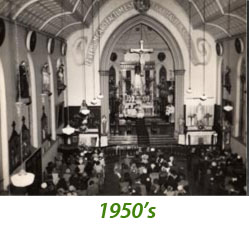